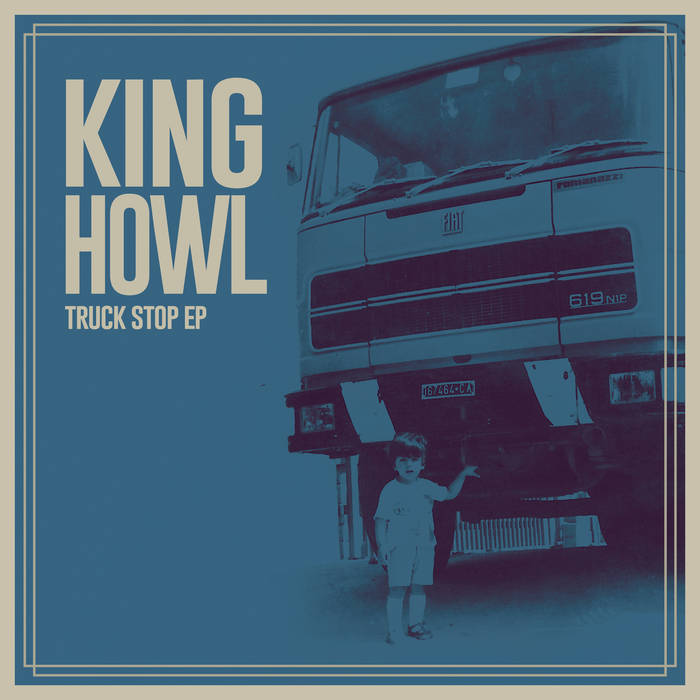 King Howl are proud to present the new E.P TRUCK STOP EP, where stands out the original style and attitude grown during the past four years. Four suffered, bloody, vibrant, blues tracks; four street stories full of a common theme: the journey.

As the usual King Howl’s work, they start from the blues to explore brand new territories, making of their own the 70s’ rock’n’roll lesson, as the one of the Stoner Rock. From the dynamic movements of the opening track Time to say Goodbye, to the blues-rock storytelling of Eveline McCrow, going through the acoustic Old Friend Blues, it ends at the hypnotic Kerouac boogie, which closes the E.P with that electric energy emblem of the band.

The album, mixed and finalized by Gabriele Boi (The Rippers, Mojomatics) at the Sleepwalker Studio in Guspini (CA) will be released, as the first “King Howl Quartet”, with the joint work of Talk About Records and Reeson Electric Division, musical division of the streetwear brand Reeson.

Truck Stop Ep will be released digitally on June 5th 2014, available in all Digital Stores (iTunes, Amazon, Bandcamp, Spotify, Deezer & more). The physical Edition will be released on July 24th 2014, in a special edition CD. A tour will match the release, to bring the album around Italy and Europe on summer and fall 2014.